A lot of work has been put into the project as usual during those last months of the year.

Plenty of new and important features have been added to the engine, many of them are related to extending the capabilities of sprite rendering.

I have been recently contacted by Jugilus, JugiMap’s author, for a collaboration. He was interested in the nCine as a sprite rendering backend, alongside Cocos2d-x, AppGameKit, and SFML, to test the tool integration API and preview in real-time exported maps and logic.

He made a list of requirements for features that were not in the engine at the time but that every other backend had. To be honest the features he mentioned were, in a way or another, already in my to-do list so I just had to change my priorities to accommodate the need of the project.

The features I have implemented from his list are the following:

I was very happy to have the API demo test as a big stress test for the sprite rendering, it highlighted serious issues like: 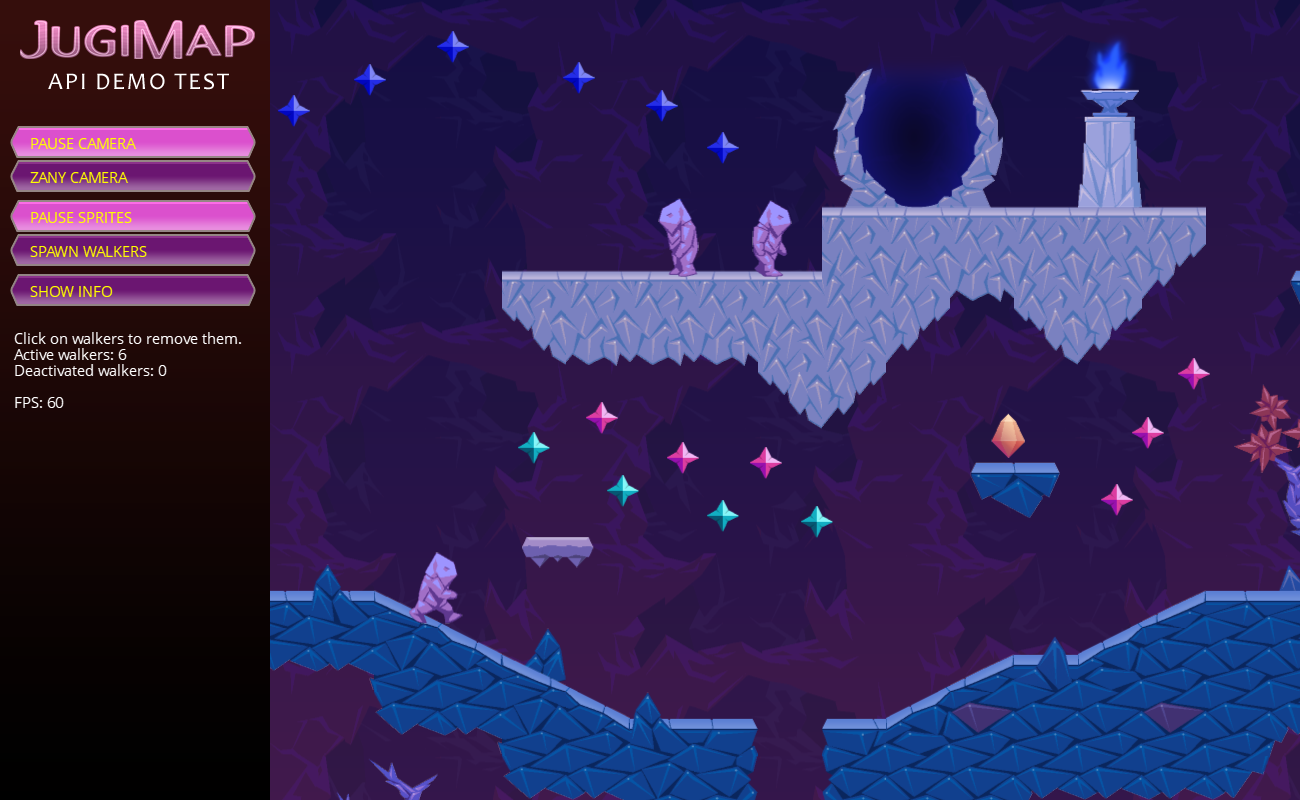 The Emscripten port has seen some improvements and fixes too. First of all, it can now build with version 1.39.0 or newer, which made the LLVM WebAssembly backend the default.

Another important fix is the correct handling of browser window resizing: an Emscripten application should now be correctly displayed regardless of browser window size or fullscreen state. Continuous resizing should now also work for desktop native versions where the perspective matrix was previously not updated.

Deploying a nCine based tool to Emscripten makes a lot more sense as it is now possible to load and save files locally. It means you can load a file from your computer into a web build or save it from there to your computer. You can test this feature in the updated ncParticleEditor web test. You will also notice the support for ImGui custom font loading in the form of FontAwesome icons.

Last but not least, after a long tribulation, Emscripten builds can now use automatic render commands batching!

There is just one small catch, the batch size is fixed.

Sure, you can configure it on initialization, but it is fixed, there is no minimum or maximum, the application will collect a certain amount of commands per batch. It will split a batch if it has reached the predetermined size or it will render single commands unbatched if there aren’t enough. You should also keep this number quite small to prevent the D3D shader compiler in ANGLE from taking a lot of time.

Nuklear is an immediate UI similar in concept to Dear ImGui but skinnable. I have added this integration as I expect a game to use Nuklear and customize the graphics while a tool would use the superior flexibility of Dear ImGui.

There are a lot of smaller things that have been added during this period:

Enjoy the new nCine features and this festive season, whether you celebrate Christmas or not.