I am writing this to present my latest and biggest project to date, the nCine. I was originally going to publish an article the day that I was going to release the source code but for various reasons you will have to wait a bit more.

I am nevertheless going to describe today some of the technical aspects behind it hoping that when it’s ready for release there would already be someone interested in using it. 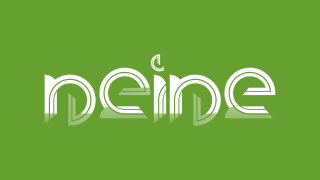 nCine is a multi-platform 2D game engine that works both on PC (meaning Linux, Windows and OS X) and on Android. Yes, the name is a portmanteau of my nickname “Encelo” and the word “engine”.

I started working on it in June 2011, at the time I was using a Mercurial repository to keep track of changes but later on I converted it to a Git one. Some of the developing tools I use all the time are Qt Creator as my IDE of choice (plus the Community Edition of Visual Studio on Windows), CMake for everything related with the building and packaging phases, Doxygen and Graphviz for the documentation, Cppcheck for the static analysis, Valgrind for additional memory debug and Artistic Style for the automatic formatting.

The project has a wide support in compilers as well, GCC and LLVM on Linux, MSVC and GCC (via MSYS2/MinGW-w64) on Windows, LLVM on OS X and GCC and LLVM on Android with the NDK. At the moment there are more than one and a half thousand lines of CMake scripts and more than twenty five thousand of C++ code, excluding comments and blank lines.

The nCine is a framework of classes and can be built as a static or dynamic library.

This work has always been intended as a way for me to learn new things and develop my skills as an engine programmer, this is the reason why I have implemented many things from scratch instead of relying on external libraries.

For example I don’t use the STL but I have my own implementation of template based containers (list, array, hashmap, string, …), algorithms and iterators. It was a very good way to overcome the fear of templates and learn about type traits, concepts, tag dispatching or SFINAE.

The project also gave me the opportunity to learn low-level OS APIs such as monotonic timers, threads and their synchronization and affinity. All those primitives are handled differently by the Linux, Windows and Mach (OS X) kernels.

There are still, of course, some external dependencies: for the rendering I am relying on OpenGL, capable of reaching all the OSes I’m targeting, while for the sound I have used OpenAL Soft. On top of the latter I use Ogg and Vorbis to enable music streaming and playing compressed sound samples (with uncompressed Wave being another supported option). For interfacing with the window and the input system I use both GLFW 3 and SDL 2, depending on which one is available, while on Android I use EGL and the Android API, sometimes through the NDK API and sometimes, like when accessing the joystick, directly through JNI calls.

For texture loading I use libpng and WebP, but the engine is also perfectly capable of loading GPU compressed formats such as DXT, ETC1, ATC, PVR and ASTC, embedded in DDS, KTX or PVR texture container formats.

When it comes to font rendering I have written a parser for AngelCode’s BMFont FNT format so that the engine can render text strings with support for kerning pairs and customizable horizontal alignment between multiple lines.

The dependencies that I have just mentioned are compiled directly from upstream sources for all supported platforms thanks to a set of custom CMake scripts. I am able to create the .so shared libraries on Linux, the DLLs on Windows, the frameworks on OS X and cross-compile for all the supported Android architectures (armeabi-v7a, arm64-v8a and x86_64). The scripts are also responsible for putting together the NSI installer and the ZIP portable archive on Windows, the application bundle on OS X and the TAR.GZ portable archive on Linux. For Arch Linux and MSYS2, which are both based on Pacman, I have written the corresponding PKGBUILD scripts to create a compressed package.

I will soon release the engine on GitHub under a MIT license. At the moment you can have a look at the website, which contains the initial API documentation, and you can follow the project on Twitter.

I hope to come back often in the future to write about new features and very soon to announce a full release!